Making it Out of the Conventional Scene 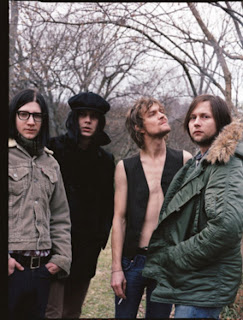 Awhile back I contributed a blog on the meaning of the word 'scene.' I was prompted to do so after frequent discussions with Liam on the subject. Checking out the scene or being in the scene reveals much not just about what goes on around artists but also how they concretely influence their physical environment.
Just what is it about artists wanting to reconvene in a setting with other artists? Most artists tend to say that it's the creative energy among other creatives that encourages them to work more on their respective craft.
So, the scene ends up determining much in the life of an artist. It makes an impact on where one chooses to live, which places to frequent locally, which businesses to support and so forth. The scene comes with a healthy dollar sign attached to it and, let's face it, when the bottom dollar makes an appearance, things have more than just an abstract meaning.
However, when the 'scene' gets bigger than the art it is supposed to support, it becomes problematic and nothing more than a hub of narcissism and self-sabotage. The scene should help inspire the artist to not take over the creative life of one, supposedly. And it is regarding this very idea that I truly enjoyed this most interesting piece today. It's an interview from the AV Club (AVC) with Jack White (JW) and Brendan Bensen (BB) of The Raconteurs. The Raconteurs' Myspace page is here.
Here are some gripping bits from the interview:

JW: I'm extremely anti-hipster now, and I really hate the thought of it, being surrounding by them, and Nashville definitely is not in that neighborhood of their relation to music. In Nashville, those people want to sell songs, and they want to make hit records, and I don't see anything wrong with that. I'm so tired of playing the cool game with all those people, and just trying to go and have lunch and having to play that cool game with everybody, about what you're supposed to do, what's cool and what's not.... It's not healthy to write music that way, and I'd rather be in a town where they want to write hits.

BB: That's just not a nurturing environment. As an artist, I think it's really important to surround yourself with other artists—

JL: And that stuff is a virus, too—it's easy to hate something.

JW: Every album I've done pretty much has been not in a pleasant, quote-unquote, environment—it's freezing cold, or it was somebody's house with not-that-great equipment. It's always something that spurs on to get the job done. At ToeRag, we did Elephant—you couldn't even stand up, and it was freezing cold. And this one, blistering hot. We had to turn the fans off between takes to record. [Laughs.]

BB: There's something about working in adverse conditions. It keeps it interesting. I always notice if I ever sit down with a pen and piece of paper and a guitar, and I have a beverage and an ashtray and I'm comfortable on the couch, I fall asleep.
Posted by B.R. at 6:47 AM

The scene can only be if the art is there to create and then sustain it. I liked Jack Black's answers. Thx.

how do you understand the term scenster?