Genius? No, I Do Not Agree with David Brooks 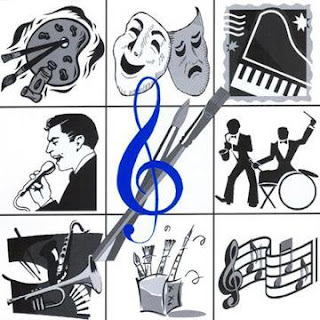 If you think the word 'genius' gets thrown around a lot in the vernacular, raise your hand. Well, metaphorically. Unless someone reads this to you out loud and you end up raising your [well, my, in this case] hand accompanied by a pronounced rolling of the eyes. Then you've entered another realm of bizarreness. But that's another story.

Let me explain why I am of the opinion that the word 'genius' is disrespectfully and superfluously exposed to the vernacular without much thought. The reason why I'm giving this some thought at this point is because of the recent NY Times piece on the topic by David Brooks.

" What Mozart had, we now believe, was the same thing Tiger Woods had — the ability to focus for long periods of time and a father intent on improving his skills. Mozart played a lot of piano at a very young age, so he got his 10,000 hours of practice in early and then he built from there.

The latest research suggests a more prosaic, democratic, even puritanical view of the world. The key factor separating geniuses from the merely accomplished is not a divine spark. It’s not I.Q., a generally bad predictor of success, even in realms like chess. Instead, it’s deliberate practice. Top performers spend more hours (many more hours) rigorously practicing their craft."

You can read the rest of his piece here.

Brooks' article was the focus of much of our Sunday conversation and I thought I would share some of the thoughts shared.
First, Brooks seems to reduce genius to much fundamentally concentrated practice. Granted, practice is indispensable to success but there is something unique that natural ability alone coupled with utter dedication can contribute. Brooks mentions Tiger Woods. The reason why Tiger Woods is the best golf player to ever practice the game is not because of his long practice sessions. There comes a point where sheer talent catapults one to a point beyond compare. What marks him so very uniquely is also what he does off-court and how game-centered he is. Extremely high results are not derived only from focused practice, a strong desire, and ultimate focus but rather a combination of all of these things plus a good measure of raw talent/natural skill.

Genius is about achieving machine-like results through analogue processes. It's a holistic process that approximates the slow, methodical tedium that David Brooks calls genius. By way of his own admission, Brooks is coming from a modern point of view which is why his discussion of genius is incomplete. What constitutes 'genius' is a modern view, which is exactly why modernity is so bereft of real genius. Now granted, we have many, many examples of competency in our day and age. There is certainly no shortage of pluggers away which, naturally, is a positive.

Brooks mentions Mozart and how uncomplicated his earlier works were. Well, what about his later work?

Only people with a superficial knowledge of a field recognize its greatest figures because of the things they did well through practice. Granted, Mozart practiced a lot and his early compositions are ordinary and imitated but the prodigy aspect of Mozart isn't what people in the know respect most about him. What inspires awe are works like Mass in C Minor, the Requiem, the mature operas and symphonies. The greatest works weren't arrived at by driveling away in the menial fashion the way David Brooks suggests in his awfully superficial treatment of this very important concept.

Now let me submit another example. Dante. Dante wrote his Divina Commedia in the 'terza rima.' A total of 100 cantos all written with unbelievable precision in the third rhyme. The Divine Comedy comes to us circa 1300. Dante was in exile, he had no access to Ivy League libraries, super computers and resources, or even an iPhone with incredible applications. Jest aside, what Dante had, other than much dedication and work ethic, was incredible literary talent. He had that which many other writers didn't. Naturally, a whole lot of menial years are required before great works are accomplished. But hard work alone is not sufficient. A lot of people work hard and a lot of them are great at certain tasks. However, they're not producing Comedies or Requiems a dime a dozen.

Tip of the hat to my dear LS for the food for thought and always delightful conversation.

I'm with you. Otherwise, we wouldn't see people who practice their little hearts out only to come up short of the prodigies who display natural talent in a given area. Some people have what it takes to be excellent at something, some are able to acquire excellence through practice and dedication, and still others will be average no matter how much they try. In fact, I'd say most of us are the latter most of the time. That's what it means to be average, after all.

Right. Otherwise, where are all of these geniuses. There is a lot of value to being a good, solid mediocre professional.
As Chomsky notes, you need a good, solid middle to sustain the very few who manage to shine.

I also find it beyond bizarre that so many people are obsessed with the whole genius concept. And for some reason I don't think it's all excellence-related.

As George Carlin puts, not everyone is a winner.

But why is that there aren't as many geniuses in our time than let's say the Romantics' era?

"Genius is about achieving machine-like results through analogue processes."
As a result, they are very, very rare to come by.
I dug this.

Genius is a rare occurrence. It's not something that can be mass produced like CDs.

"Genius is about achieving machine-like results through analogue processes."

i think this should be added to the OED's definition of genius.