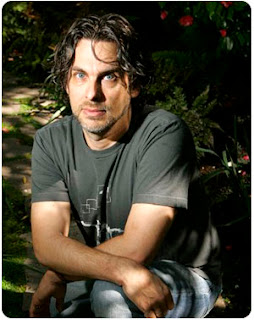 I enjoy dealing with Michael Chabon's work. To quote Henry James, one gets a sense of visitation when in the company of his multi-layered stories and beautifully foible characters.
Many of you who know me personally and professionally know that of my penchant for Chabon's Wonder Boys.
However, another work of Chabon's I unequivocally love is his first novel, The Mysteries of Pittsburgh.
I was asked today to recommend another Chabon title, in addition to his Wonder Boys. I suggested The Mysteries of Pittsburgh. Pittsburgh is sort of like an Ur in Chabon's body of work. It designates the beginning of his literary career. He wrote it while in graduate school and it contains the charm of the quotidian anxieties of a congenitally anxious character. Here are a few excerpts from the book itself. The proof of the pudding is in ....
From Chapter One

"My first thirteen years, years of ecstatic, uncomfortable, and speechless curiosity, followed by six months of disaster and disappointment, convinced me somehow that every new friend came equipped with a terrific secret, which one day, deliberately, he would reveal: I need only maintain a discreet, adoring, and fearful silence."

From Chapter Two
"All at once I liked him, his firm grace with others, his unlikely modesty, the exotic parties he attended. The desire to befriend him came over me suddenly and certainly, and, as I debated and decided not to shake his hand again, I thought how suddenness and certainty had attended all my childhood friendships, until that long, miserable moment of puberty during which I'd been afraid to befriend boys and unable to befriend girls."

From Chapter Three
""What does your father do?" said Jane.
He manipulates Swiss bank accounts with money that comes from numbers, whores, protection, loan sharks, and cigarette smuggling.
"He's in finance," I said."
graph per google images

Did you bold the bits of the text for a specific reason?
Will read Pittsburgh too.
Btw, that is one great photo of M.C. He looks the way he would need to look, you know? He writes in a way that supports his look.

What do you think of Maps and Legends? Soon-to-be-reviewed?

It's a rich novel. Tough at times but honest.

Hm. Interestingly put: "miserable moment of puberty during which I'd been afraid to befriend boys and unable to befriend girls."
Added it to the list.
E.

I'll definitely be reading more of him.

That chapter 3 begs to be read!

Thanks, B.R.,
Just got done with Pittsburgh. Brill!
THX!!