Bono Speaks Out Re: "Boy" 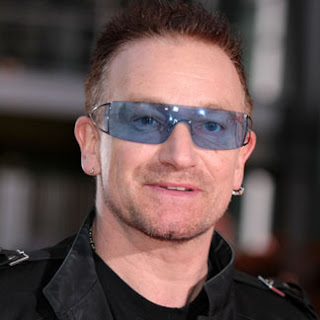 I like U2.
I enjoy Bono. A lot. I think he's perhaps one of the most influential musicians of contemporary times. I don't just think he is musically superior, though. That's a given. I find his rhetoric always spot-on, informed, and culturally sensitive. And that is what marks Bono as culturally, not only musically, relevant.
Hence, I was happy to read his commentary on U2's brilliant album "Boy." What I really enjoyed was his altruistic tone. He speaks highly, and justifiably so, of his band mate The Edge. One does not detect an ego or any crippling inferiority complex in his words.
Here is a bit:
"But the star of the show is THE EDGE some guitar credit must be shared with the groups that helped shape us, people like PINK FLOYD, PIL and TELEVISION… guitar players like STUART ADAMSON VINNIE REILLY etc but there is something happening here that is truly special…EDGEs genuine genius developing on the blank and bleached
photographic paper…. avoiding all the obvious blues scales that blind every other guitar player that ever heard LED ZEPPELIN …THE EDGE finds some new colours for the spectrum of rock. Colours he now owns … owning a colour, wow .. imagine owning the colour yellow like VAN GOGH… EDGE owns, well im not exactly sure what colours they are… indigo or violet or crimson?… but you sense an emotional colour temperature that is unique to him… its his palette we’re painting from. he’s following the jazzmen’s maxim to “own your own tone and you will become contagious ” and as a result you can hear him show up in lots of rooms hes not in, isn’t that right…?"
Excellent, excellent post.
Read more here.
graph per rs
Posted by B.R. at 10:56 AM

and this is why so many love him. Boy is an album everyone should own!

Other than killer eyewear, Bono's a whole lot more going on. I loved reading what he had to say about The Edge....

What I'm really digging is Bono's disregard for orthography.