Apple Ad Banned in the UK 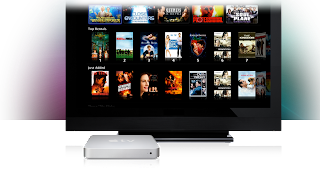 Mae West-inspired jokes apparently won't quite cut it for Apple.

""Is that the whole internet in your pocket, or are you just pleased to see me?"

The above joke, despite being quite hilarious, will never be seen in an iPhone ad -- at least not in picky Great Britain. Why? The Advertising Standards Agency (ASA) has upheld a complaint about a TV spot for the iPhone which claims that "all the parts of the internet are on the iPhone". The problem is that the iPhone doesn't work with Flash or Java, which caused two viewers to write in and whine. From the ASA case page:

Two viewers believed the claim that all parts of the internet were accessible was misleading because they understood that the iPhone did not support Flash or Java, both integral to many web pages."

Is this a question of semantics or a basic cultural difference?

It's funny. First I thought the customers would have some issue with a possible innuendo, but no! Why are the Brits complaining?
Well, chaps, the device doesn't hold the 'entire' internet as the ad purports.
Classic!
So, I'd say it's both: semantic and cultural.

Right. I thought of possible innuendos too. Funny. But true. I notice similar things in Europe. IF people make statements that were a bit colorful for ad purposes they are always criticized.

They could have changed it to "Is that almost the entire internet in your pocket, or are you just happy to see me?"

But that doesn't have quite the same charm, does it?

For real! A PC and 'honest' AD would say, 'almost the entire internet'.....
Yeah, it wouldn't really jive with anything.... these people who take everything so literally. Grh!!!
:-)

So, what about shampoos? How do hair ads fair in the UK? My hair's never as shiny as the models on TV after I wash it with Fructis.....

Potatoes, potahtoes.
A little Mae West never hurt anybody....
Kind of like saying, 'Laugh and the whole world laughs with you.....'
Take a joke, folks. You're the land of Monty Python, after all.....

Semantics, mostly.
I'm amazed that it only took two dissatisfied people to withdraw the ad. Wow. Was one of the 'customers' Gates or something?

Was the latest CK ad banned in the UK?
I mean, that's also a bit of a stretch. One can't really take Eva Mendez literally now, can one?