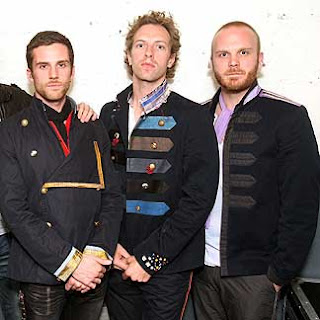 Coldplay's new album Viva la Vida isn't relevant only to soccer fans.
Those who are following the UEFA or the Euro 2008 will get the reference.
Anyway, Coldplay has been a relevant band since the beginning of the millennium. Back in 2001, I was very much sold on their sound. And looks. I used to take pride in the fact that I had rightly 'diagnosed' to my friends Chris Martin's emo look as "way in" even seven years ago. But I digress.
When their 2001 album Parachutes hit the waves, I found myself reacting in a rather lukewarm fashion to their newer music. While I still supported their work by purchasing their albums, I tended to play them when working on, what I call, 'Class B' projects.
But fast forward a few years when their X&Y 'dropped' and well, how could I resist?
Coldplay is one of those bands that gets what it means to marry superior instrumental openings to existential lyrics. And if I'm at all one of those people with a flare for literature and new alt sounds, I'll be bound to react. When their stuff is good, it's not just good, it's a Totalkunstwerk. If there is any skepticism about this, just look at their Yellow, Fix You, and the new Lost!. It's sensitive, musically superior, intellectual, and truly rock&roll.
This takes me to their new Viva la Vida. It's a solid album. The vibrant instrumental ingredients accompany the main melodies most dexteriously well.
The opening of Viva la Vida is striking and familiar. It's the kind of opening worthy of a musical genius. And few bands have performed consistently and well over time the way these well-versed Brits have.
I am giving this new album a Class A seal of approval. Thank you, Coldplay.
And for more info on the commercial success of their Viva la Vida read the new Rolling Stone magazine bit on them.
graph per rollingstone.com
Posted by B.R. at 1:12 PM

These guys were cool 8 years ago. Now, they're just ueber-conflated, record company puppies. Viva la Vida is ok. If it were their first album though, I doubt they'd be where they are now....

They're good musicians, sure, but they're also a bit overplayed.