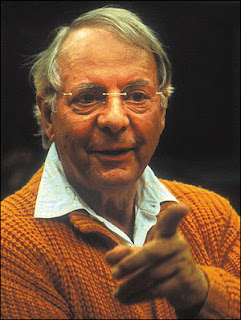 As per Uk's Telegraph,

"few composers in history have attracted such furious controversy as Karlheinz Stockhausen, the composer who claimed to be descended from astral beings and described composition as "listening to the vibrations of the universe".

And to quote Ivan Hewett's article directly, "As ... Wolfgang Rihm has said, "Stockhausen gave us the courage to think anything was possible in music."

Bow to the master. Sad loss.

Youtube has some good footage on him from the early 70's.