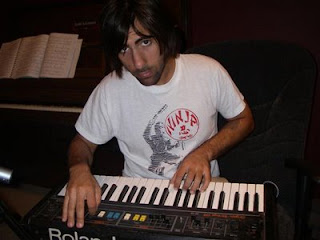 I am a fan of Jason Schwartzman's cinematic work. He is uber-talented and his whole person seems to exude this 'positive existentialism' so nicely captured in "I Heart Huckabees."

It turns out, like so many other 'tinsel town' dwellers, he has a knack for music. An active knack. The 'knack' is actually so active that he has already made a full album. I approached his Coconut Records album with a good measure of skepticism, he is an actor for crying outloud. But after the first attempt, I was really impressed. My musical instincts were satisfied to such a degree that I can actually recommend it to other music lovers. Especially his single 'West Coast' which is a beautiful fusion of true-blue indie rock, 21-century identity struggles, and overall catchy lyrics.

So, in a nutshell, I liked. A whole lot. The album to look for the next few weeks is indeed Schwartzman's Coconut Records. Finally an actor who can actually make decent music.

Hi, I don't think I thanked you for your comment a while back at my site (indeterminacy). I'm going through all the old posts and comments to find all the cool blogs behind the people who stopped by. I think we have a lot in common - my tastes are definitely indie everything. Even my nickname turned out to be Indie! Hope you'll have time to stop by again soon.

Indie, yes, the periphery needs to balance the center, hence indie everything is right by me. :-)

Yes? I will check that out. There's something about Schwartzman. I need to re-watch Rushmore.