Things to Read I Recommend 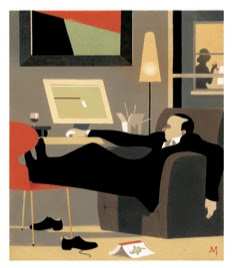 1) I'm currently reading Going Solo - The Extraordinary Rise and Surprising Appeal of Living Alone by NYU professor of sociology, Eric Klinenberg. I've known about the research for about 5 years but had no idea that the book had just come out. Klinenberg suggests that living alone provides “restorative solitude” and that it may be “exactly what we need to reconnect.”

His data suggests that single living is an inevitable outgrowth of mainstream liberal values. Women’s liberation, widespread urbanization, communications technology, and increased longevity—these four trends lend our era its cultural contours, and each gives rise to solo living. The “communications revolution” that began with the telephone and continues with Facebook helps dissolve the boundary between social life and isolation. Urban culture caters heavily to autonomous singles, both in its social diversity and in its amenities: gyms, coffee shops, food deliveries, laundromats, and the like ease solo subsistence. Kleinenberg points out that almost unequivocally all of his many subjects said that being lonely meant choosing to be with the wrong person.

I will review the book once I am done reading it. 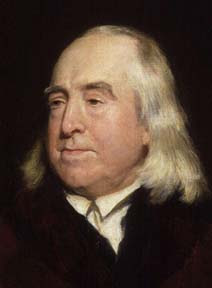 2) This is a truly fascinating essay. I'm currently using it on my own research. It comes from the 18th century and the very homophobic England. Jeremy Bentham had the courage to pen this at a time when paederasty was punished by hanging.

"Bentham advocates the decriminalization of sodomy, which in his day was punished by hanging. He argues that homosexual acts do not "weaken" men, or threaten population or marriage, and documents their prevalence in ancient Greece and Rome. Bentham opposes punishment on utilitarian grounds and attacks ascetic sexual morality."

Bentham contextualizes the discussion of homosexuality by first highlighting its mainstream-ness in Ancient Greece and Rome. He says, "In Athens and in ancient Rome in the most flourishing periods of the history of those capitals, regular intercourse between the sexes was scarcely much more common. It was upon the same footing throughout Greece: everybody practised it; nobody was ashamed of it."

3) This is pretty, pretty good. As a long-time fan of Tyler Cowen, I'm so pre-ordering this. The six rules for dining out:

"When you enter a restaurant, you don’t want to see expressions of disgust on the diners’ faces, but you do want to see a certain seriousness of purpose. Pull out a mirror and try eating some really good food. How much are you smiling? Not as much as you might think. A small aside: in many restaurants, it is a propitious omen when the diners are screaming at each other. It’s a sign they are regular customers and feel at home."
More here.
Posted by B.R. at 10:56 PM

Just got done reading Bentham. Made me want to revisit David Halperin. What do you think it means that modern theorists don't footnote him as often/much as I think he should be?

Word is you're writing something. What's the premise? Inquiring minds want to know....