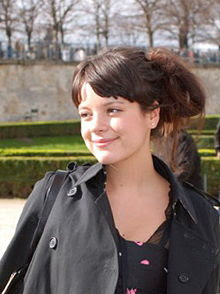 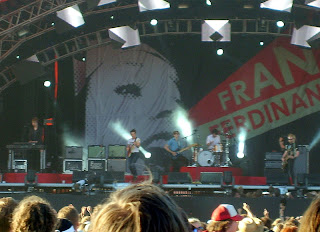 Franz Ferdinand's new album Tonight: Franz Ferdinand is one project that made me somewhat happy. Now I can finally think about their music when their name pops up and not their cropped pants and novel hairstyles (not that there is anything wrong with that, of course).
I mostly listen to this album when I'm doing cardio as the sound lends itself to a relatively quick pace. Tracks like Can't Stop Feeling, No You Girls, and Turn It On may become high-frequency tracks with some measure of ease. Tracks like Katherine Hit Me feature just enough 80's BritPop references to make one hunger for some Depeche Mode. It made me think of Enjoy the Silence and house music at the same time. This track also evoked some Bravery and, strangely enough, some Ladytron too.
Then tracks like Lucid Dreams and What She Came For are as old-school as the Beatles and the Stones.
I have always wanted Franz Ferdinand to succeed, especially after they gained much popularity for their fashion style as opposed to their musical relevance.
I think this album puts them on the right track.
If Lily Allen's album is a nice, light t-shirt, Tonight: Franz Ferdinand would be a comfortable pullover. 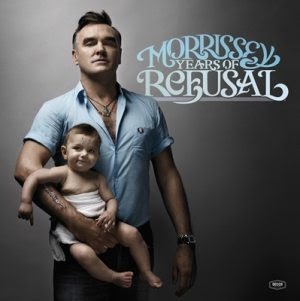 Morrissey's Years of Refusal is superb.
Let me try and explain why.

First, I wasn't always an active Morriessey fan. Morrissey used to be to me what a nice cocktail dress continues to be to me: great for a black tie but closeted the rest of the year.

Someone very special turned me on to Morrissey a while back and I have not looked back since. He's the dress I now wear, so to speak. Morrissey's been outed. And I like him. A whole lot.

Morrissey became truly relevant to me as a musician when the indie film New York Doll came out. Morrissey is featured in the soundtrack as well but what makes him stand out to me is his poetic presence in the telling of the story of Arthur Kane, the late New York Doll. Morrissey, the man, came across as human, relatable, cognizant of the human plight, and supportive of fellow artists who have encountered hard times. There's a kind of generosity of spirit that this artist oozes and that is precisely what makes his music so intimate, I find.

Morrissey's music features the kind of sensitivity, set of dilemmas, and quotidian pain that few artists have the gravitas and ability to capture and portray. It takes guts to truly like Morrissey because his music is gut-rippingly honest yet edifying. Morrissey is for brave souls.

His newest album, Years of Refusal displays the kind of musical savoir faire that only a true professional possesses. A truly rock song like Something is Squeezing My Skull almost makes one optimistic even though in it, Moz says things like:

"Oh, something is squeezing my skull
Something i just cannot describe
There is no love in modern life

Oh, something is squeezing my skull
Something i cant fight
There are no friends in modern life

Morrissey's voice is the stuff of the days when being talented meant carrying a tune without the crutches of computers and voice manipulation. When Moz sings, Moz SINGS. I cannot think of a track that does justice to his voice better than
"When Last I Spoke to Carol I Said"
In it, Morrissey's typically existential tone manages to come out seemingly effortlessly.

Yes, you definitely should listen to Morrissey's new album.

If Lily's album was the t-shirt, Frand Ferdinand's was the pullover, and Morrissey's Years of Refusal is that timeless jacket that goes with everything, because it is cool like that.

If Lily's album was the t-shirt, Frand Ferdinand's was the pullover, Morrissey's Years of Refusal is that timeless jacket that goes with everything, because it is cool like that.

Love Morrissey and thanks for reviewing him!

Morrissey is a stud. The Smith's are prominently featured in a cool Sundance flick of this year called 500 Days of Summer. I imagine it will be picked up for wider release.

I liked the clothing analogies here.
Morrissey's got a new album out?
I'm on it.

"It takes guts to truly like Morrissey because his music is gut-rippingly honest yet edifying. Morrissey is for brave souls."

For real!
His music is so honest it's overpowering.

Moz has mad skills!
I so love him!

What impresses me the most about Moz is how deeply he respects his craft. He's in it because he loves it and not because of the fame.
New York Doll was superb!

And the t-shirt comment made me laugh. It's too funny how apropos some stuff is.

I need to check out some new music now.
thx for this.
The reviews are, always, appreciated.

Cool post. Wondering about Franz Ferdinand so this comes at a good time.