Move over, Sartre. France has a new über-intellectual. 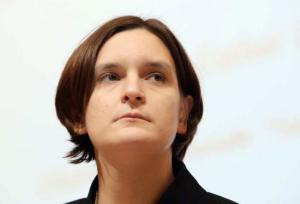 Tip of the hat to T. Cowen for the tip.

I enjoyed reading this as it does represent so much more than what the premise of the article seems to suggest. The über-intellectual at hand is Esther Duflo whose work on both sides of the pond is worthy of much following.

"She is Esther Duflo and was recently named one of the 100 most influential thinkers in the world (she came 91st). She begins a season of lectures this week at the Collège de France, the Everest of French intellectual life: a kind of PhD-level OU with no students and free lectures for all.

Mme Duflo is the youngest woman ever to be asked to lecture at this prestigious, 500-year-old institution at the heart of the Left Bank. Her introductory talk was the hottest (free) ticket in town. Several hundred people, including the former prime minister, Dominique de Villepin, arrived too late and were locked out.

Mme Duflo is a "development economist" one of the world's greatest experts – perhaps the greatest – on why development programmes in poor countries often fail and why they sometimes succeed. Her precise field of expertise has existed less than a decade. She is among its inventors."

Read it. You can't help but be impressed. Find it here.

I saw this, too.
The shift I'm seeing here is one from fundamental philosophy to the increasingly visible sciences. Somehow, it makes sense to me that she'd be a voice of science.

It is quite interesting to see this trend of young intellectuals permeating different parts of the world.
These are exciting times for sure.

I wonder if the news would have made it to the 'news' if the intellectual were a man...?

I was wondering if she was a prof. in the US as well and, lo and behold, MIT.
I expect that ever since Derrida got a post at UC.

I wonder how her name is pronounced.

I just think it's cool that she's applying practicality to her scientific methods. It seems obvious that if you provide incentives for people, they will respond, and yet it hasn't been obvious to do this in the history of anti-poverty measures. So that's cool. Go forward thinking!

I have also wondered about the need to marry practicality to the advanced sciences. Da Vinci did in his time....

Pragmatic genius...Who would have thunk it?!
Thks for this.

Awesome name. Especially if she pronounces it 'Duh-Flow' ;)