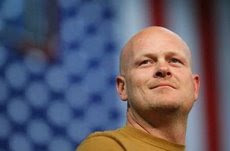 Some of us spend torturous days, nights, and years when working on a new book.
Joe the Plumber is, luckily for him, impervious to writer's block and a number of other things that plague an author while researching, writing, and editing.
Why do I say this?
Well, because he has apparently finished his first book with super hero-like speed. The book is called: Joe the Plumber: Fighting for the American Dream.
No, this is not a joke. He is one of the two authors of the book. Apparently one can buy his magnum opus by way of a pre-order.
No, I have not made an effort to read it.
Check with me after I read the Twilight series.
Genau....

Also, Here is a list of Joe the Plumber's favorite books. Only one of them is not plumbing-related. His first authorial debut, however, is not a plumber's manual. Or so says its premise.

graph per economist.
Tip of the hat to MR for the pointer

Wait, what?! This is SO not a joke, alas, and it SO friggin' should be.

Pop Culture brings with it the Tom Friedmans and the Joe, the Plumbers. I guess, you've got to balance it out. Methinks it won't beat Twilight sales anytime soon :)

the best of times, the worst of times....
and that was quite a book list. at least he is consistent, eh?

What's next a partnership with Deepak Chopra?