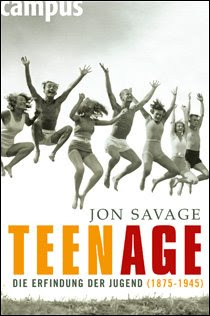 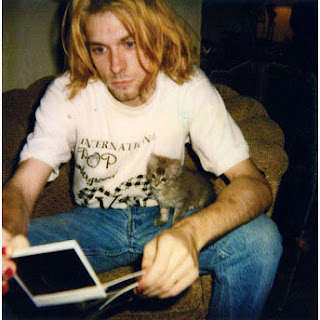 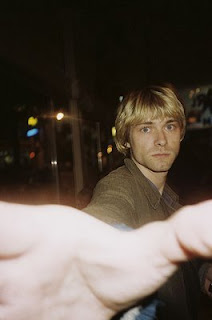 This merits an entry of its own.
I rarely develop in interest in reading new titles after just a quick look, but these books begged for attention.

The first interest was engendered when I was reading the news on the German newspaper Zeit newspaper. The bit that jumped out said: "Der Leser stellt fest, dass es matrixartige Konstellationen zwischen Jung und Alt schon vor seiner eigenen Lebenszeit gab. Dass der Teenager keine Erfindung des Rock'n'Roll ist." [Emphasis is my own.] That, and the fact that Jon Savage is the author.
Those of you who read German, can find the concise, but oh-so-good review here.

The second title concerns Kurt Cobain. And I always have time for Cobain books. Even though the pile is impossible now, I'll get to it.

Those of you interested in photojournalism and anything Cobain-related, will definitely be tempted to purchase Charles Cross' new books Cobain Unseen.

The RS review points out that:

"Cobain Unseen (Little, Brown), journalist Charles R. Cross was granted unprecedented access to Kurt Cobain's archives. "It was like a James Bond movie," Cross says of the high-tech Seattle bunker. "But once you got past security, all his possessions were just in boxes." With these artifacts, put into storage following Cobain's 1994 suicide, Cross pieced together a remarkably revealing visual history of Cobain's private life — from his childhood drawings to snapshots (taken by Courtney Love) of Cobain and daughter Frances Bean. "Kurt created work that has such mystery that we still can't capture its essence," Cross says. "It's that intangible thing that made him a star."
....
The last picture, (the one with Cobain's hand in front of the camera), is one of Cobain's favorite. Even though he was photographed thousands of times, he despised looking at pictures of himself for the most part. This one, however, he used to carry with him.
graphs per rs and zeit
Posted by B.R. at 4:55 PM

I really ought to read German more often... rusty...

I love the pic with the kitten. He had a great face.
Are you getting the Savage title in German translation? That would be a bit of a roundabout way, no?