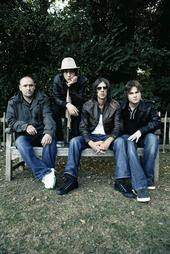 The Verve broke up in 1999 but reunited recently. The product of the repaired relationship is a new album, Fourth.
The band's known for long instrumental passages and their tracks seem unusually long. They are, indeed, very long in this album. Most of the tracks approach the 7-minute mark. Songs to give a change to are: Love is Noise and Valium Skies.
Valium Skies is incredibly well-paced and strong melodically. It's also the shortest song in the album.
All in all, an album worth having.

Cool. There's good tracks after Bitter Sweet Symphony....
Was wondering about these guys....

Cool. There's good tracks after Bitter Sweet Symphony....
Was wondering about these guys....

Yeah, long instrumental bits are a tad much. Coldplay keeps doing them too. Not an Indie thing, I guess.

Been meaning to ask you for a while now: how come so much indie rock comes from Manchester? I mean, I get the whole Beatles thing, but till..... What do you think?