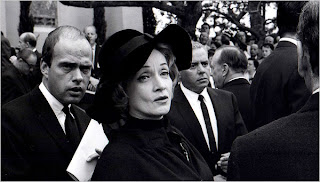 This, I'm looking forward to owning.
A bit from the NY Times says:
"Mr. Dylan, then in his 20s, arrived in Hollywood, examined the photographs and wrote his own prose poems to accompany them.

No one involved in the book can recall exactly when Mr. Dylan wrote the poems, which are by turns sparse, playful, witty and sarcastic. But the words faintly recall “Tarantula,” Mr. Dylan’s book of prose poems (or “Dadaist novel,” as some would call it) that was written in 1966, and they bear a strong resemblance to the “11 Outlined Epitaphs” in the liner notes of “The Times They Are A-Changin,” his 1964 album.

As the “11 Outlined Epitaphs” begin:

“I end up then

in the early evenin’

blindly punchin’ at the blind