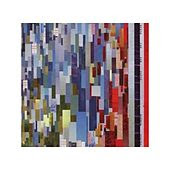 Death Cab for Cutie (DCfC) released their new album Narrow Stairs last week. Those interested in the strong, melancholy aspect of true indie rock, are bound to not be indifferent to this Seattle-based band. They are inimitable, poetic, and what true indie stands for.
Postal Service is another band Ben Gibbard is associated with and he leaves an indelible mark of excellence on both bands.
The Rolling Stones review of the new album says:
"Death Cab for Cutie frontman Ben Gibbard is the poet of a particular purgatory — the holding cell in your head that's filled with failed relationships and wrong roads taken. Death Cab's most memorable songs contain snapshots from its walls: Gibbard has sung about an incriminating kiss in a photo booth, discovering forgotten pictures of an ex in his glove compartment, and an especially bleak Kodak moment from a doomed marriage."

Their previous albums Plans and Transatlanticism made a believer out of me. Their new Narrow Stairs album is making me love them even more. I didn't think it would be possible as they have dominated many a playlist of mine the past 3 years. Other DCfC fans seem to think that Narrow Stairs is qualitatively inferior to the previous albums. I don't. I see it as a step forward on a path already marked by musical choices the band has stayed true since the beginning. Gibbard's uniquely inspiring voice, the confident guitar choices, and existentialism-ridden lyrics are as DCfC as they could be. I'm the kind of fan who appreciates consistency first and foremost.
Ergo, if you're interested in great lyrics, sheer poetic substance, and harrowing vocals and guitar, well, you better hurry and get the new album.
I do *heart* it.
graph per rolling stone
Posted by B.R. at 10:19 AM

Ben's the man. How are they live?

Is Postal Service coming up with anything new?

The guys are exactly what is so right with music right now!
I love his voice. It almost feels like I already know him personally b/c of it.

Bri, have you caught these guys alive?