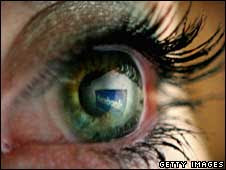 I am of the opinion that Web 2.0 is perhaps the greatest thing to come long since WiFi. Collaborating with other like-minded creatives, blogging, setting up communities of creativity et al., is fundamentally what, I think, will shift much of our routine in the very upcoming future.
Actually, many of our respective routines are already morphed by the elusive Web 2.0. And I'm the better for it. I think.
The main reason why I'm a fan of Web 2.0. however, is because it enables much communication between people who are interested in similar things and who freely share similar notions and ideas.
The creative class is faring better as a whole, I think, because of Web 2.0. I bet Richard Florida is happy with this statement!
The big corporations have now caught on. They are seeing the importance of Web 2.0 and they want a piece of that action, naturally.
Just why flock to San Francisco this week and see what Web 2.0 is all about? Well, there where the people are, there will advertising be, ja?
Ja!

'The report found that consumer giants such as General Motors, McDonald's, Northwestern Mutual Life Insurance and Wells Fargo Bank will drive much of this growth and have already embraced tools like blogs, RSS feeds, podcasting and social networking.
Analyst Oliver Young estimates that another 56% of North American and European companies regard Web 2.0 to be a priority in 2008.

"If I wanted to be anywhere in the Web 2.0 economy, I'd want to be on the enterprise side," says Mr Young.'

And since I'm anticipating some of the questions to be strictly definition-centered, here's how en.wikipedia defines Web 2.0:
"Web 2.0 is a trend in the use of World Wide Web technology and web design that aims to facilitate creativity, information sharing, and, most notably, collaboration among users. These concepts have led to the development and evolution of web-based communities and hosted services, such as social-networking sites, wikis, blogs, and folksonomies."

Eyeball reflecting Facebook logo
Posted by B.R. at 10:37 AM

Web 2.0 rules! What other medium allows so many of us to discuss daily topics from our own individual computers?
Many brains together and more powerful than one! Ha. Who would have thought?!

Hi Piccolo Tesoro! Thanks for the posts. Web 2.0 is right down your alley, I always thought.
Thx for the posts, Bri.