Obama: The Choice of The Creative Class 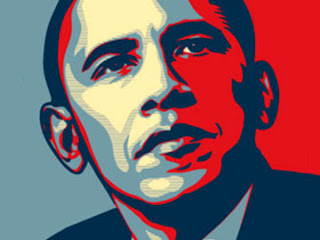 For those out there who think that the internet is frivolous and inconsequential, well, think again.
Thanks to the power of this medium, Obama might get his party's nomination.

The following MTV.com piece investigates Barack Obama's gigantic success with the creative class, the internet-savvy, and the 'hipsters.'

'While Obama has plenty of famous supporters, this group is mostly not made up of celebrities — but many of them are definitely Internet-famous.

Chicago native Billy Wimsatt is the executive director of the League of Young Voters (which he'd originally called The League of Pissed-Off Voters), a Brooklyn, New York-based get-out-the-vote group. He used to be a graffiti artist, plastering city walls with his tag, "Upski." Wimsatt met Obama in New York during the late '90s.

"I ran into him outside of a restaurant and he was just kind of doing errands," Wimsatt recalled. "I had seen him speak about juvenile-justice issues in Illinois. I asked him how that was going and he said, 'Good.' He gave me his phone number and said, 'Call me anytime' or whatever. I was like some nobody kid."

"Barack Obama Is Your New Bicycle" is the name of a Web site created by Mat Honan, 35, a freelance writer who lives in San Francisco. It has since spawned a flurry of "bicycle" parody sites (which have skewered John McCain, Hillary Clinton and Steve Jobs), including "I Am My New Bicycle."

While Honan shies away from the tag "hipster," he does feel a common thread running through the creative class.

"I think something about being a hipster or about people who they call hipsters is this endless quest for authenticity," he said. "That's what drove punk rock and indie rock and a lot of the hipster values."'
Read full article here.
Posted by B.R. at 1:08 PM

Message of the story: if you can get the bloggers to be excited about you, you're going places.